BlackPeak Capital is a Private Equity firm focused on investing growth equity in Southeast Europe. Black Peak is the highest peak of the venerable Vitosha mountain near Sofia, Bulgaria’s capital. For us, Black Peak is both a passion and an embodiment of our values and investment approach – the enjoyment of a steady climb to new heights together with the people who we admire, respect, and support. Currently, BlackPeak Capital manages two funds with total assets under management of EUR 150 mn. 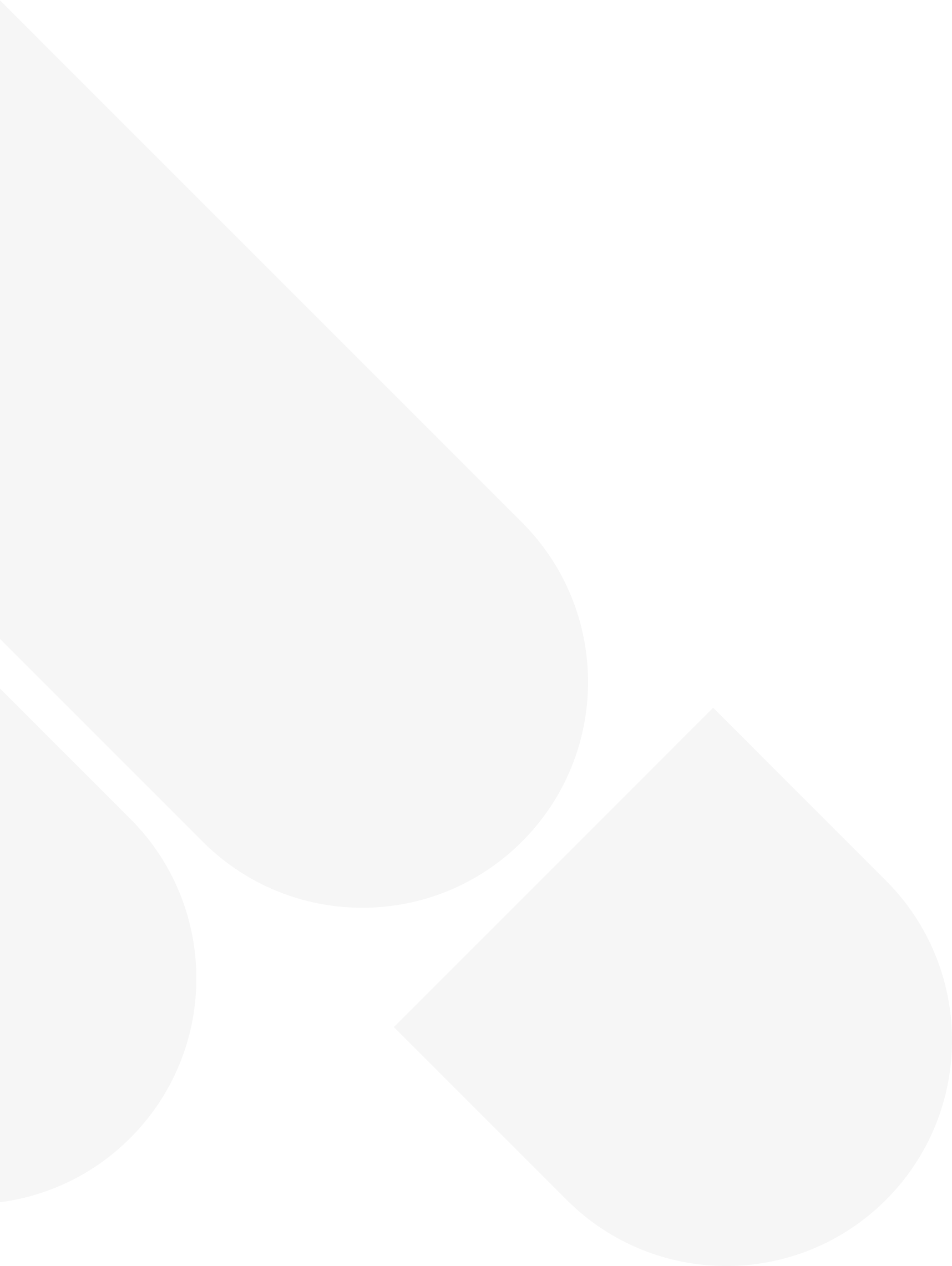 Our vision is to make a tangible contribution to Southeast Europe’s development as a globally recognized hub for innovation and economic growth, equitable wealth creation, and sustainable living.

Our mission is to deliver for our investors long-term capital appreciation and diversification by investing and supporting the region’s outstanding entrepreneurs in building world-class companies. Our efforts and capital foster economic and social development by providing a model for innovation, job creation, and growth. We aim to achieve our goals in a sustainable way, in harmony with the environment, and with an unwavering commitment to the highest integrity and ethical standards.

Our first fund, BlackPeak Fund I invested in 12 companies, including global innovation leaders such as Walltopia, Software Group, International Power Supply, and others. 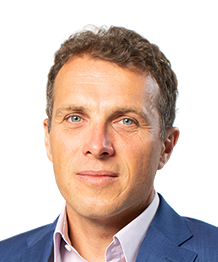 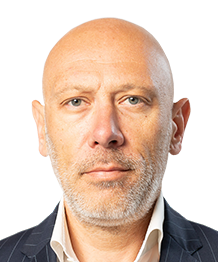 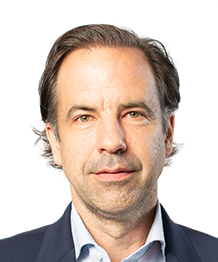 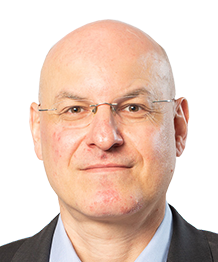 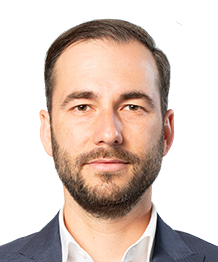 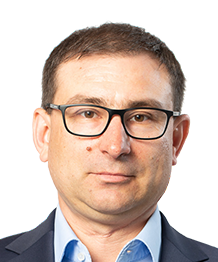 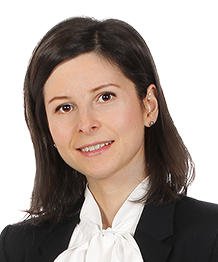 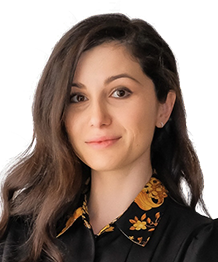 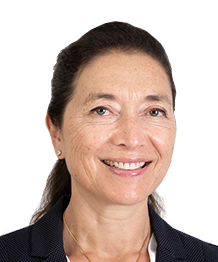 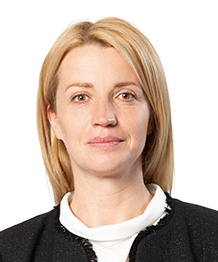 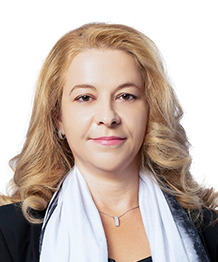 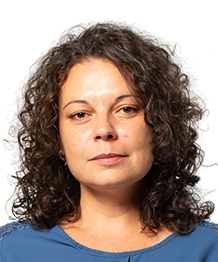 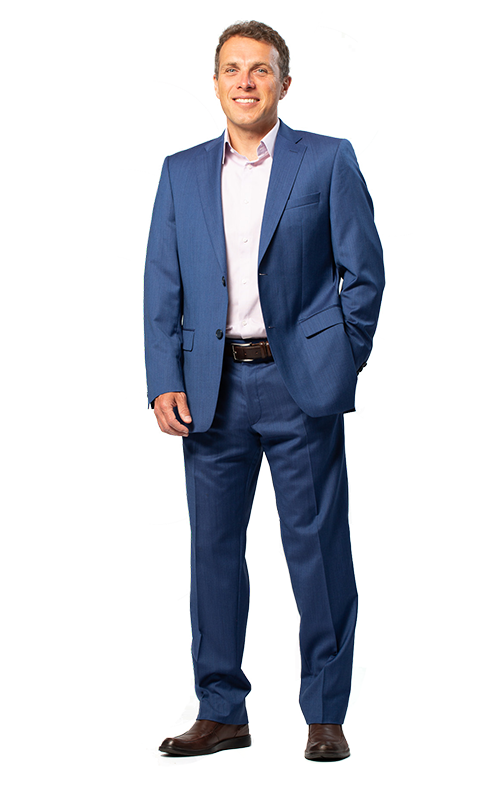 Rossen co-founded BlackPeak Capital in 2014. He currently sits on the BoD of Walltopia and Resalta.

Prior to BlackPeak, he co-founded Entrea Capital in 2007 and developed it into the leading M&A and corporate finance advisory firm in Bulgaria and exclusive affiliate of Rothschild for the country.

Prior to establishing Entrea Capital, Rossen worked at McKinsey & Co in New York, where he focused on consumer goods, industrial and private equity clients. He worked on multiple strategy, operations strategy and post-merger integration studies.

Prior to McKinsey & Co., Rossen worked in London as an investment associate at the European Bank for Reconstruction and Development, where he assisted bankers in structuring debt and equity investments across Eastern Europe. Rossen started his career at Procter & Gamble Balkan Markets in Bucharest

Rossen holds an MBA degree from the Harvard Business School and a BA degree in Economics from the American University in Bulgaria.

Rossen sits on the board of directors of the Trust for Social Achievement – an NGO focused on designing educational and economic policies and programs to help alleviate poverty among Bulgaria’s disadvantaged minorities. 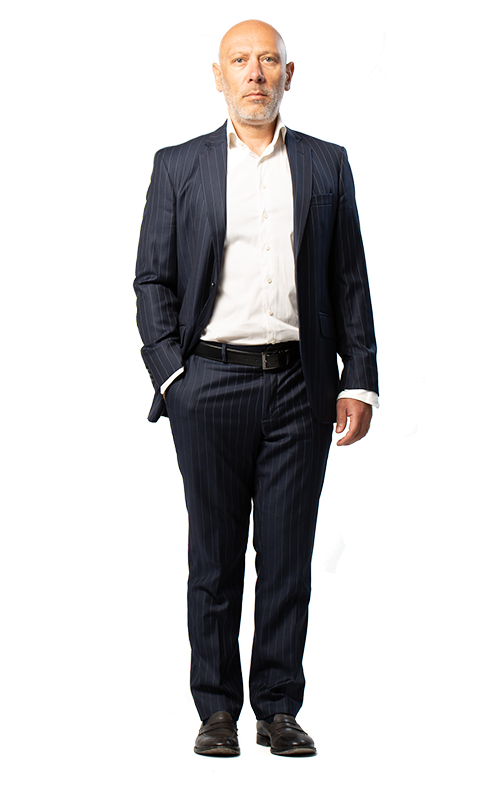 Ivailo Gospodinov co-founded BlackPeak Capital in 2014. He currently sits on the BoD of Software Group, Humanita, and IPS.

Prior BlackPeak Capital, he joined Entrea Capital in September 2013, where he led a number of M&A projects.

Prior to Entrea Capital, Ivailo was Managing Director of Raiffeisen Investment for Bulgaria. He undertook this position back in 2006 with the responsibility to develop the core activity of the investment banking arm of Raiffeisen in the country. During his term Ivailo has successfully built a well performing M&A practice, recognized in recent years as one of the strongest practices on the market.

In the period 2005 – 2006, Ivailo was Corporate Finance director at Forem Consulting – at the time, one of the strong boutique M&A practices in Bulgaria.

Ivailo holds BSc in Business Administration from Portsmouth University UK and has successfully completed all exams within ACCA. In 2008, Ivailo was invited as a professor in the International University Sofia, where he leads two separate classes in International Accounting and Investment Analysis. 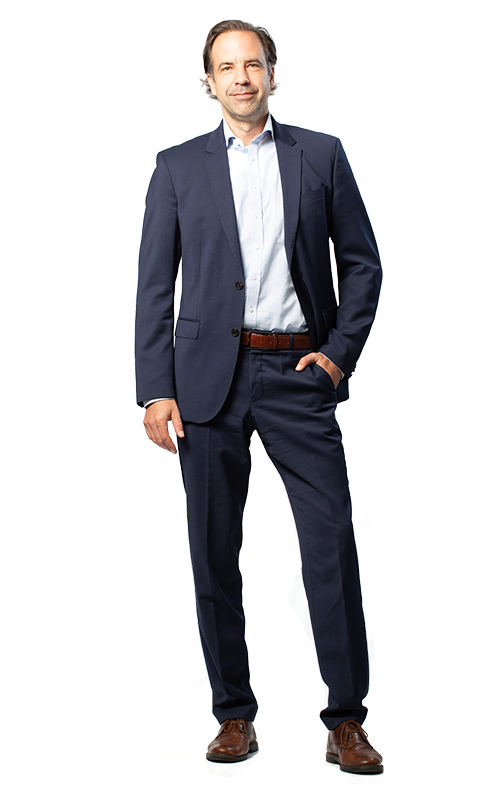 Until April 2019, Niklas was Managing Director with Mezzanine Management, the fund manager of Accession Mezzanine Capital I – IV (€850m in AUM), which is the pioneer and leading provider of structured growth financing in CEE. He led the transaction team based in Vienna being responsible for Bulgaria, Czech Republic, Hungary, Slovakia, and the countries of former Yugoslavia. Niklas was instrumental in establishing mezzanine and minority equity for SMEs in the region.

Niklas holds a Master of Science degree from the Vienna University of Economics and Business Administration. He furthermore pursued various study programmes in the US.

Niklas was a professional tennis player and a member of the Austrian Junior Davis-Cup-Team in 1989. 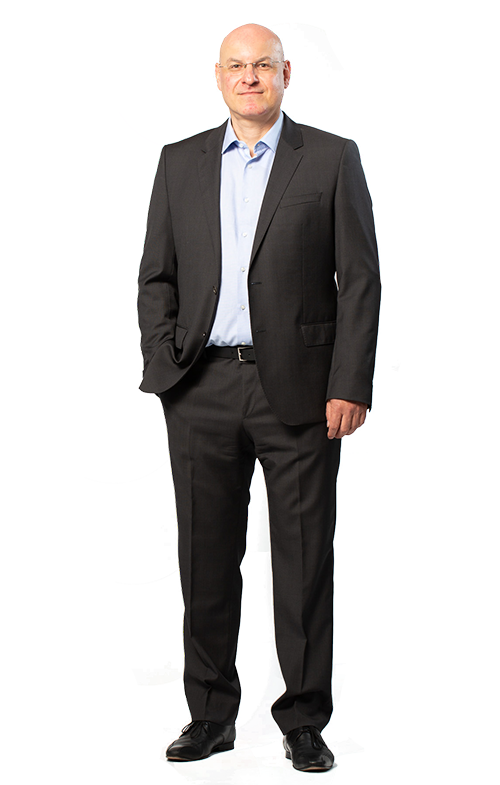 Kiril Ivanov is a founding team member of BlackPeak Capital in 2014.

He previously worked for 2 years as a futures trader for Harrison Trading Inc. based in Chicago IL, USA. He also worked as a Market Maker on the Chicago Board of Options Exchange for 3 years at Cornerstone Partners.

During his career Kiril developed extended expertise in all aspects of the M&A process, as well as detailed knowledge of most sectors of the Bulgarian economy. He has been particularly involved on the energy sector, participating in the largest transactions in the market, including a nuclear tender, TPP, and renewables.

Kiril holds an MBA degree in International Business and Finance from the Stuart School of Business at the Illinois Institute of Technology in Chicago.

Angel is a founding member of BlackPeak Capital in 2014.

Before joining Entrea Capital in 2013, Angel Stefanov spent 2 years at Raiffeisen Investment Bulgaria as a Junior Associate, working on a variety of sell-side and buy-side mandates across various sectors in Bulgaria.

Prior to Raiffeisen Investment, he completed a long-term internship at the Global Wealth Management department of Bank of America Merrill Lynch in the United States where he assessed investment opportunities and portfolio risk/return characteristics for $10m+ individual client equity portfolios.

Angel also completed an internship at the Portfolio Analytics Group of BlackRock in the United States where he assessed portfolio-/asset-level risk analytics, asset valuations, and trading strategies for large scale institutional fixed income portfolios. At BlackRock, Angel worked in the team responsible for the asset-level risk modeling of the $30bn portfolio of mortgage-related securities, residential and commercial mortgage whole loans and associated hedges, purchased from the recently collapsed investment bank Bear Stearns. 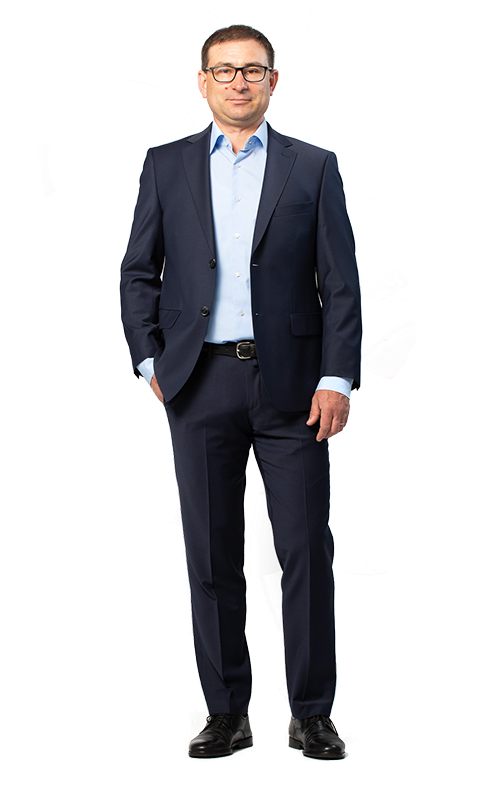 Dorian was a founder, key executive and IC member of EMSA Capital, raising a €93m special situations fund dedicated to turnaround investments in the CEE region. He led a team of 10 professionals. Successfully managed fundraising, investor due diligence, and establishment of systems and controls. Organized the deal flow process and developed the pipeline, coordinated the investment team, and the entire back-office. Sourced and managed three out of four deals the Fund made.

During 2006-2012, Dorian was part of the core team to take over and manage a strained end-of-life fund with 7 investments across CEE Region. In charge of transition, dual role as CFO of the Fund and Investment Director responsible for 4 out of 7 portfolio companies.

From 2002 to 2004, Dorian was part of the investment team that took over and monetized a strained end-of-life fund with 7 investments across the Baltic States. He was country manager for Latvia responsible for 2 major investments. After successful exits, he moved on to Lithuania to manage the remaining two unsold assets.

In parallel through 2012, Dorian was also a Director with CRG Partners/TRG – a US based turnaround firm and the parent of TRG Asset Management. As part of the CEE team, he worked on various turnaround and interim management assignments across the CEE, Italy, Belgium, Germany, and Russia. Responsible for initial assessments, design of restructuring plans, implementation of remedial actions, deployment of cashflow models, cash and profitability management. Initial projects with TRG were in Romania and Bulgaria.

Dorian graduated from the Academy of Economic Sciences in Bucharest with degree in Finance, Insurance, Banking and Stock Exchanges. Dorian is a CFA Chartholder and member of the CFA Institute. 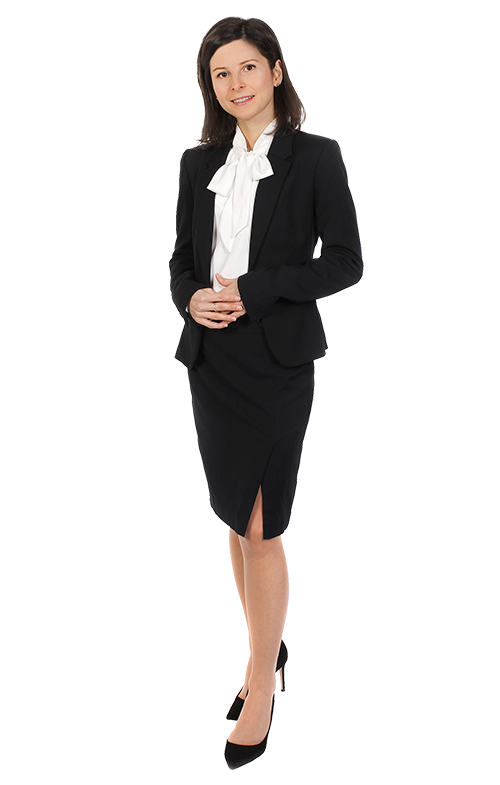 Prior to joining BlackPeak Capital, Valentina worked as a Senior Consultant at the Advisory Services practice of PwC Bulgaria. She has over 4 years of professional experience providing financial advisory services including a number of financial due diligence assignments, buy-side and sell-side assistance, M&A projects, preparation of marketing materials, industry research, valuations, SPA negotiations support, etc.

Before PwC Valentina gained accounting and financial reporting experience working for several companies including Devin JSC, the leading mineral water bottling company in Bulgaria, and Walltopia, a worldwide leading manufacturer of artificial climbing walls. At the beginning of her career Valentina, worked at EY Bulgaria where she provided outsourced accounting, financial reporting and tax compliance services to clients in various sectors including a worldwide IT company, a global media company, a real estate company, a ground handling company etc.).

Valentina holds a Master degree in Finance and Banking and a Bachelor degree in Economics from Sofia University ‘’St. Kliment Ohridski’’. She is a member of the Association of Chartered Certified Accountants (ACCA). 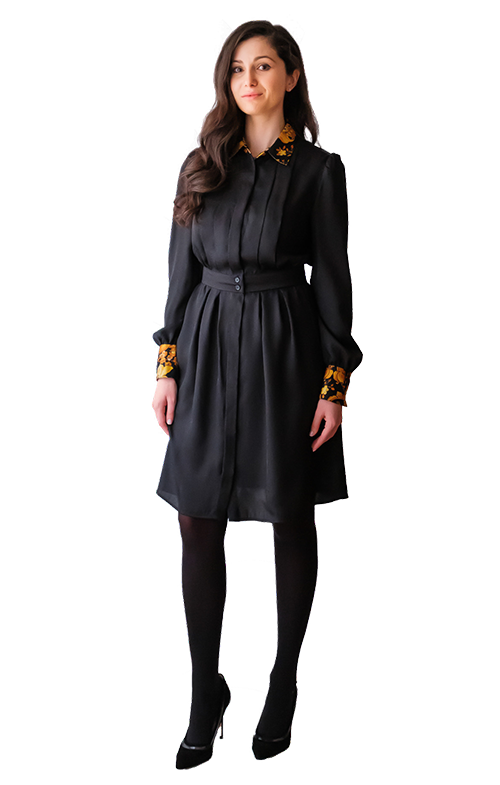 Prior to joining BlackPeak Capital, Petya pursued a Master’s degree in Portugal focused on M&A and restructuring, Private Equity, and Venture Capital. Prior to her studies, Petya was a deals intern at EuroFinance AD, a Bulgarian financial intermediary.

Petya is pursuing an MSc degree in Finance at Nova School of Business and Economics, Lisbon, Portugal. Petya holds a BSc degree in Economics from the University of National and World Economy. 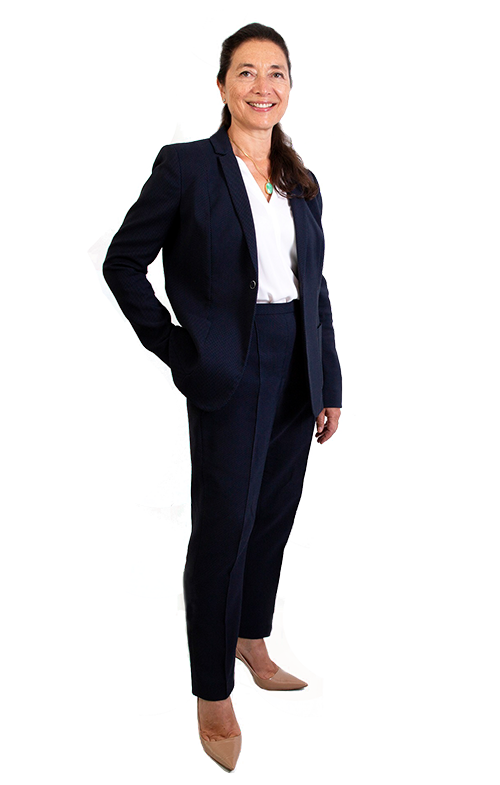 Sylvia Gansser-Potts was Managing Director at the EBRD, where she was responsible for all investment and policy activities in Central and South Eastern Europe (18 countries).

Sylvia joined the EBRD in 1992 as a banker, and held a number of positions at the Bank . Between 2007 and 2011, Sylvia was Director of the Property and Tourism team, heading EBRD’s activities in the real estate sector across all the countries of operations

In September 2015, Sylvia was appointed Managing Director, Central and South Eastern Europe, overseeing a EUR 14bn investment portfolio, with EUR 3.5bn invested in 2016. She was responsible for 170 staff in 16 offices.

Since 2018, Sylvia has been a member of the Investment and Foreign Exchange Committees of the European Fund for South Eastern Europe (EFSE), a public-private partnership providing development finance to micro and small enterprises with an outstanding portfolio in excess of EUR 900 million.

Sylvia is also a member of the Supervisory Board and of the Audit, Risk and Remuneration Committees at CITADELE BANK, Latvia.

From 2002 to 2016, while employed at the EBRD, Sylvia has held non-executive roles, serving as an Investment Committee/Advisory Board member in 18 private equity funds, managed by prominent private equity managers, such as Enterprise Investors, Mid-Europa, Advent International, Baring Vostok and Quadriga Capital Russia.

Before joining the EBRD, Sylvia worked at UBS first in Capital Markets then in Corporate Finance, both in Switzerland and Japan.

Sylvia holds an MBA from INSEAD in France and is a graduate of the Université Paris IX Dauphine. She also holds a Bachelor’s degree in Japanese Language from INALCO (Institut National des Langues et Civilisations Orientales) in Paris. 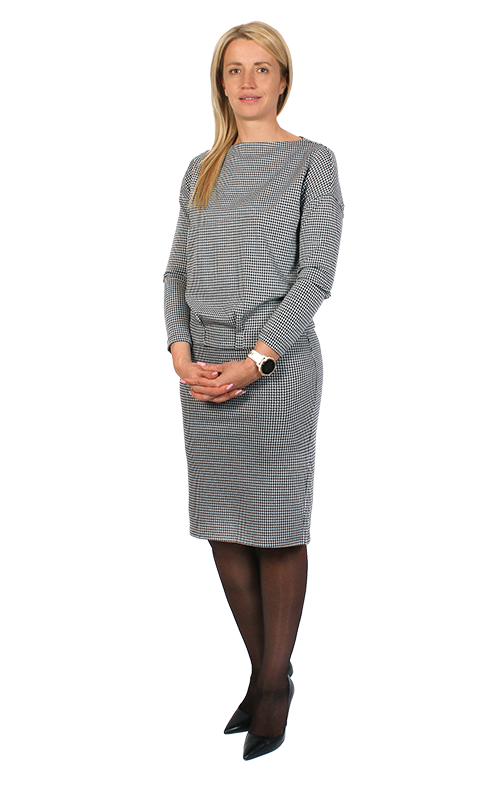 Prior to joining BlackPeak Capital, Zornitsa was a Manager in the PwC SEE Deals team, based in Sofia.

Prior to joining PwC Bulgaria, Zornitsa was part of the KPMG Bulgaria audit department, where she was the team leader on annual audits and agreed-upon procedures for international clients, controls review and process, evaluation and analysis of internal reporting documentation. Primarily focused on media, energy and FMCG.

Zornitsa holds  BSc in Business Administration from Sofia University and is Fellow of the British Association of Chartered Certified Accountants, UK. 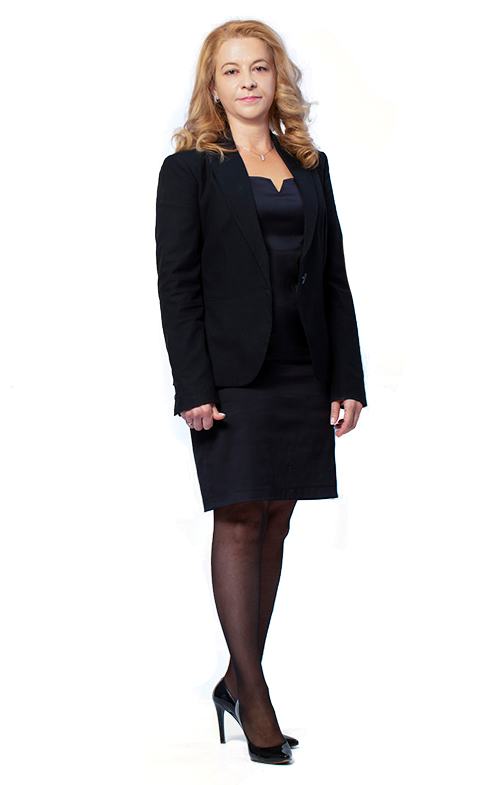 At BlackPeak, Radka holds the position Financial Manager, combining the overall duties in organization and management of finance and accounting.

Between 2013-2016 she held a Financial Manager position at Trans Balkan Investment Services. She was responsible for control of all financial activities in the company with priority focus on planning, budgeting, and reporting of cash flows.

In 2012, Radka was Chief Accountant at Germani Private Kindergarten.

Radka holds a Master's degree in Financial Management and Accounting from the Academy of Economics "Dimitar Apostolov Cenov“, Svishov and a Master of Economics from Autonomous University of Madrid. 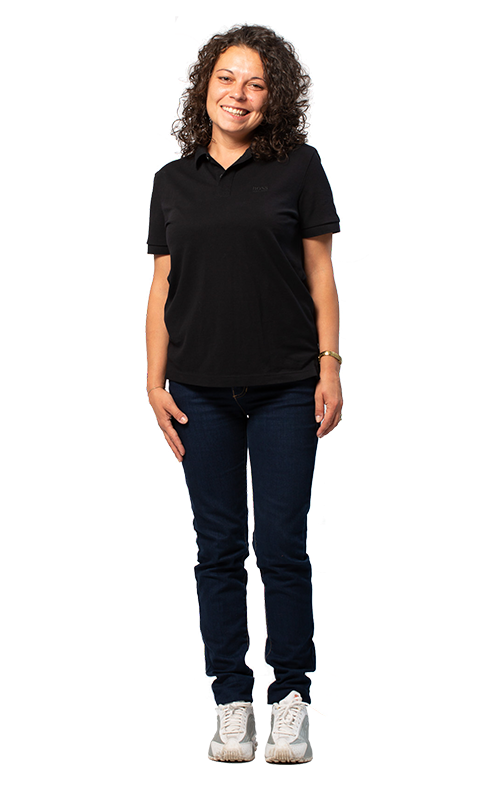 Desislava Dacheva is executive assistant of Black Peak Capital since 2018.

Prior to starting her career advancement in Bulgaria, she used to live in Australia, where she worked as personal assistant in Sydney Skin and Vein Clinic.

Desislava holds a Bachelor's degree in economic and business bachelor from the University of National and World Economy in Sofia.